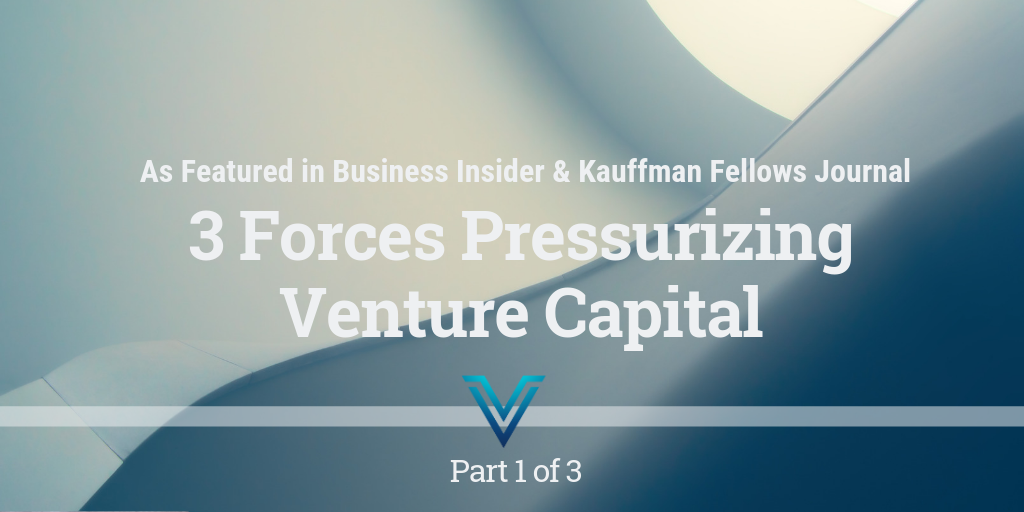 As founding general partner at Valor.VC, a “first-check-writing” venture capital firm in Atlanta, I can feel the tug of these currents perhaps more readily than my colleagues suspended in Silicon Valley’s 800+ venture capital foam. From our vantage point, we feel the urgent need for innovation from corporations, see the rising waves of talent creating it from universities like Georgia Tech, Morehouse and Spellman, and swim in the current of the largest-ever private capital market.

In this post, we’ll cover the first pressure point–founder-driven innovation is more disconnected from capital than ever.

In Silicon Valley, seed investing is something done pre-product and pre-revenue. Not so in the rest of the country, where 80% of seed deals actually originate.

The first institutional round is arguably the most fascinating round in venture capital. It may also be the only one you have never heard of. It’s often flagged as a Series Seed, but no matter what you call it, its distinguishing characteristic is a first valuation is set on the startup by a third party, usually a venture capital firm. Those first valuations start the clock ticking on returns for investors–and the founding team. By having a valuation, the company now can do things with its newly minted stock, like take out lines of credit or incentive team members with options. This little known round packs a powerful punch at an increasingly competitive price point, and it’s a very different “deal” outside Silicon Valley versus inside.

The trend is, first institutional rounds are down for five straight years, and not just by a little. Here’s a chart that shows the plunge drawn from Pitchbook Venture Monitor Q2 2019. It’s interesting to investors because seed stage investing–those first institutional rounds–have provided the bulk of historical venture returns–74% according to analyst Cambridge Associates in their report, Venture Capital Disrupts Itself.

Pitchbook estimates only about 7% of venture capital is focused on seed-stage investing now.

Further driving the disruption, among seed-stage investors, Rob Go at Nextview estimated that only about 1 in 6 seed firms actually lead rounds. Valor is one of the few firms that, like Nextview, is focused on leading first institutional rounds. It’s the least competitive round in all VC and it’s also the one most likely to generate outsize returns, historically.

Markets hate imbalance. While headlines claim “peak venture” on valuations, at the earlier stages, it’s more like the pits. We’re on the slopes of a steep valley in the number of opportunities startups have to get a first valuation. New investors are emerging, like Valor, with the platforms and the appetite to fill the gap in financing. As this happens, venture capital value creation is shifting from where it has resided historically, with Series A firms, to those firms writing first checks at first valuations–a cadre of high conviction first institutional round funders.