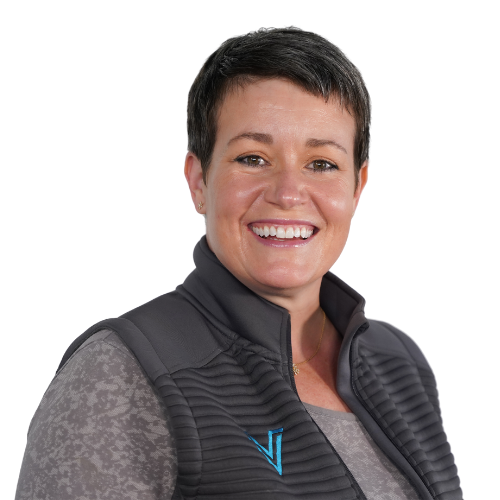 Lisa is responsible for the overall success of the firm’s strategy and operations and serves on the investment committee.

Her pioneering perspective on venture capital is quoted in Fortune, Forbes and Inc. Calhoun is an active Kauffman Fellow.

Prior to founding Valor in 2015, Calhoun founded a “Top 10” professional services firm that helped startups scale and grows, Write2Market, where she contributed to over $1B of exit value for her clients. She began her career in technology consulting for major organizations including ADP, UPS, and Hartsfield Jackson Airport where she focused on how software transforms large organizations.

Calhoun earned an MBA from the University of Texas in 2003 and her BA in Professional Writing and Russian from Baylor University in 1994, where she attended on a full-tuition National Merit Scholarship. Calhoun was raised in rural Georgia, where her parents ran a small business in the backyard. She learned the basics of business operations from childhood. 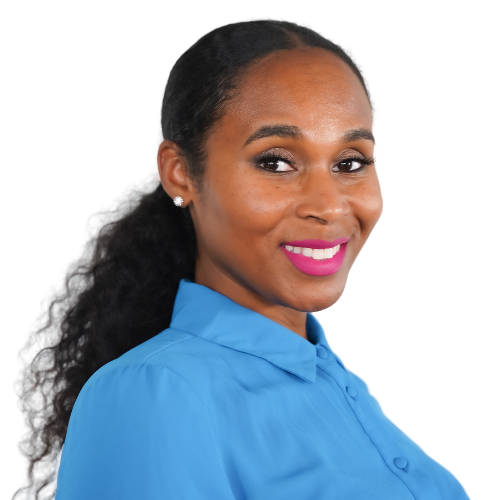 Mecca Tartt brings years of experience in dynamic nonprofit leadership to the Startup Runway Foundation. Prior to joining Startup Runway, she led the National Sales Network (501c3), a national organization dedicated to advancing sales professionals of color, as executive director. As a former competitor in the largest national organization for amateur bodybuilding (NPC), she created over 100 health and wellness events that provided safe spaces for women to come together to improve their mental, physical and emotional wellness. Mecca is a Power 30 Under 30 Honoree for her achievement in sales and women’s wellness.

She and her husband are co-founders of the celebrated Weekend for Love a luxury marriage retreat for African American couples. She was a recipient of the Power 30 Under 30 Award for her achievement in sales and women’s wellness. She is a former NPC fitness competitor.

Startup Runway, which supports founders of color and female founders in finding their first investors, is a natural extension of her life’s work. Mecca is a frequent speaker for major companies, podcasts and events including Stryker, Home Partners of America, Self-Care Women's Summit, Wives 7 Day Prayer Challenge, The Girlfriends Getaway and etc.

Mecca is a proud graduate of Clark Atlanta University, a leading HBCU. She is the mother of two beautiful girls and married to the love of her life Dr. Alduan Tartt. She and her family reside in Decatur. 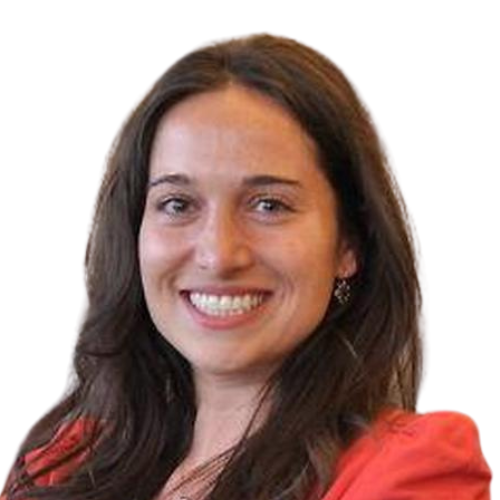 Alaina Percival is a venture partner at Valor helping focus our pipeline of high-quality female and minority founders. As founder and executive director of Women Who Code (WWCode), an international nonprofit dedicated to inspiring women to excel in technology careers, she is uniquely positioned to canvas a broad pipeline. WWCode is building a world where women are represented as technical leaders, executives, founders, VCs, board members and software engineers. Percival's organization has executed more than 8,000 free events around the world, garnered a membership exceeding 167,000, and has a presence in 20 countries. Learn more at womenwhocode.com. 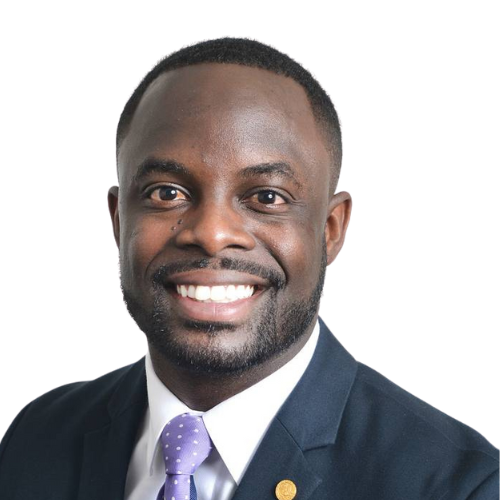 Donald Knight is chief people officer at Greenhouse Software, and an expert on cutlure at work and the future of work. 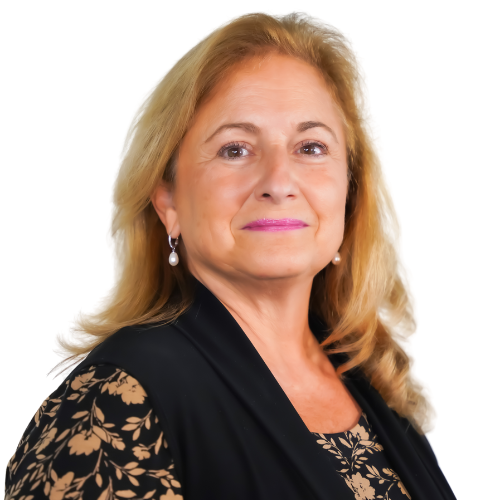 Former Chief Enterprise Innovation Officer at Samsung, Chief Information Officer / Chief Technology Officer / Chief Information Security Officer for BlackBerry, and Chief Compliance Officer at AT&T, Robin brings 20 years of direct technical due diligence to her role as Founding Partner at Valor. She leads Valor’s technical diligence process, chairs our Innovation Council, and coordinates portfolio alliances with major enterprise technology firms. She has 15 patents, many in use today. Robin has presented at the CIO Forum, Gartner and Forrester, and is sought for comment by Forbes, Fortune and The Wall Street Journal. She is the founder and owner of Atlanta Tech Park, one of the largest innovation centers on the East Coast. Robin serves on the boards of Mitsubishi Financial (MUFG) and Great West Life Co. She holds a masters degree in the management of information technology from Georgia Tech. 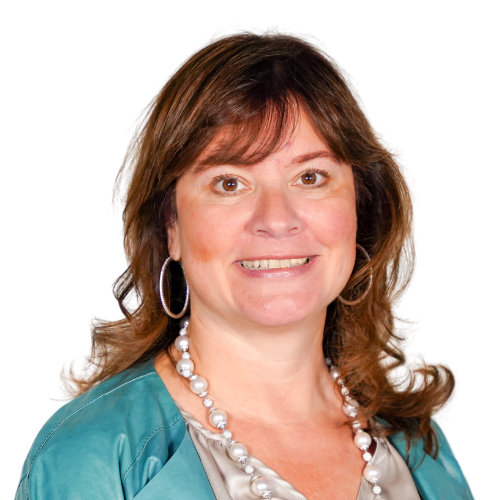 Lynne Laube is an operating partner at Valor. Prior to joining Valor, she was co-founder of Cardlytics
(NASDAQ:CDLX), an Atlanta business recognized as one of the country’s fastest-growing
technology companies by Deloitte Fast 500 and Inc. 5000.

In February 2018, Lynne took Cardlytics public on the Nasdaq, making Cardlytics the
first tech IPO of the year. Lynne is one of only a handful of women who have led their firm to public markets.

Lynne raised over a billion dollars in public and private markets to scale Cardlytics into the
dominant global leader in purchase history-based analytics. It's also been frequently at the top of Atlanta's Best Places to Work lists.

In 2016, Lynne was named one of the top 10 venture-backed female founders by Inc. Magazine and Entrepreneur
360. In 2012 and 2013 Lynne was a finalist for the E&Y Entrepreneur of the Year Award.

Before founding Cardlytics, Lynne held multiple executive positions with Capital One from 1994 until 2008.
Lynne began her career at Bank One. She currently serves on the Board of Directors for NerdWallet and
Endeavor, a global organization of, by, and for entrepreneurs. 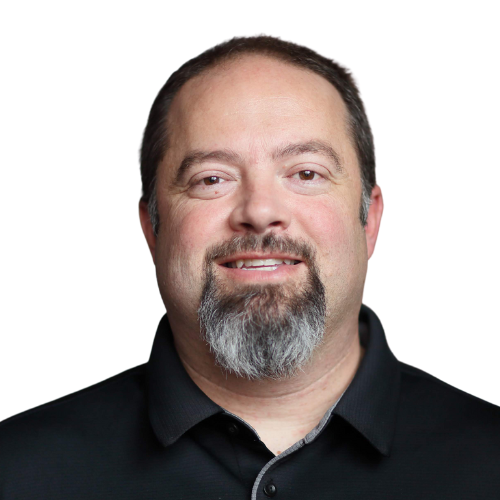 Kevin is an experienced and visionary Chief Technology Officer with a demonstrated history of working in the hospital & health care industry. 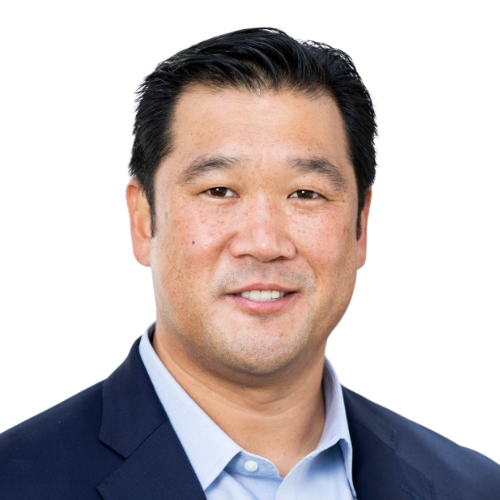 Simon Lee, MD/MBA is an Assistant Professor of Anesthesiology at Emory University, serial entrepreneur, investor, and advisor to several startups. Although his experiences have ranged from leading the Emory Anesthesia Ambulatory Surgical Center, to investing in real estate, VR/AR, and MedTech, his focus is centered on Healthcare Technology.

Simon is a Sr Clinical Advisor to a West Coast Healthcare Angel VC as well as an active mentor to several incubators based in the eastern US. An experienced leader in Healthcare with an entrepreneurial focus on emerging solutions and technology to create greater quality and value for patients, healthcare providers, and hospitals. As a serial entrepreneur, I utilize my clinical and business insights, bridging the innovator and user experience to create solutions that work. 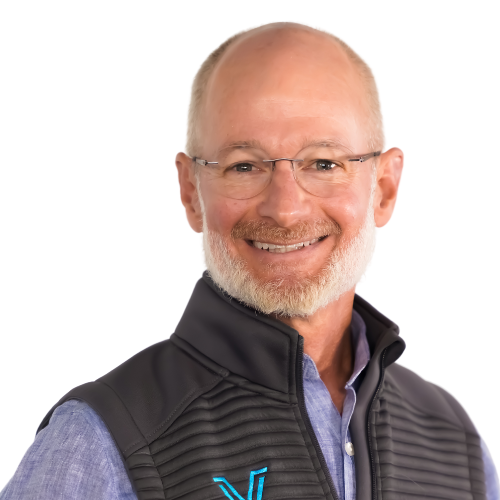 Gary has 25 years experience investing in cloud-based software in the Southeast with 19 years as a general partner and seed-stage VC investor. Starting with Council Capital’s debut fund in 2000, Gary was a General Partner for 3 funds at Council Capital focused on seed and early-stage cloud software serving health care. Gary’s referenceable track record includes leading 38 investments at the seed stage in the Southeast, achieving impressive returns. Prior to Council Capital, Gary was Principal at Stonehenge Growth Equity for four years. There he made his first seed stage investment, SecureTax.com, which is Intuit’s Web Turbotax today. Gary’s experience as a seed stage & early stage investor began in 2000. Gary’s track record includes >2 dozen seed & early stage investments in Valor’s target region, including 14 in Atlanta. In 2014, Gary left Council Capital to focus active seed-stage investing personally, and joined Valor first as an investor and operating partner before joining the general partnership. 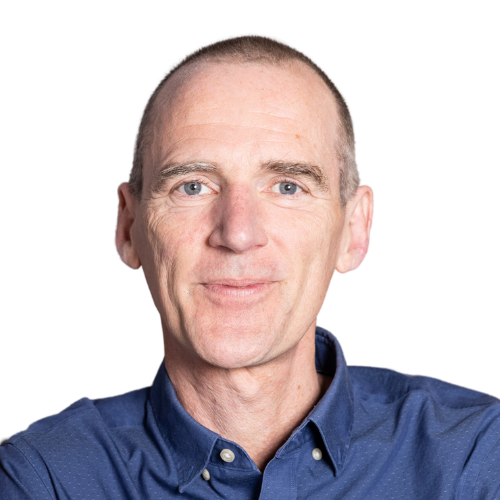 Jean-Luc is a serial entrepreneur. After scaling to several locations including an offshore presence in China, he sold his first company, software development firm Finalist, to investors in 2010. His experiences as an entrepreneur in a scaling tech company helps him source interesting solutions and advise founders. He is currently president at Write2Market, a tech public relations firm, and leads the tech practice. He has software development clients from San Francisco to New York. Jean-Luc's hobbies include Python and marathons. 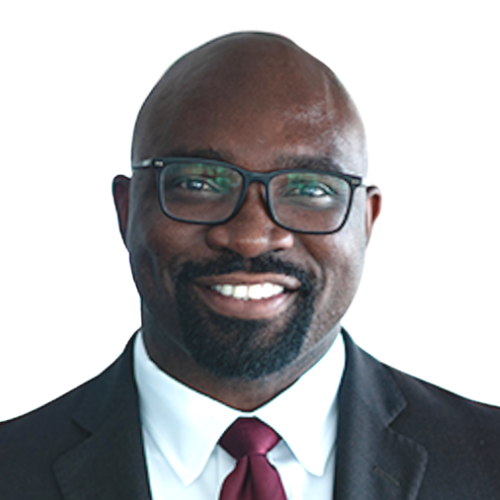 George Azih is CEO and founder of the fastest growing complex accounting software platform in the world, LeaseQuery. 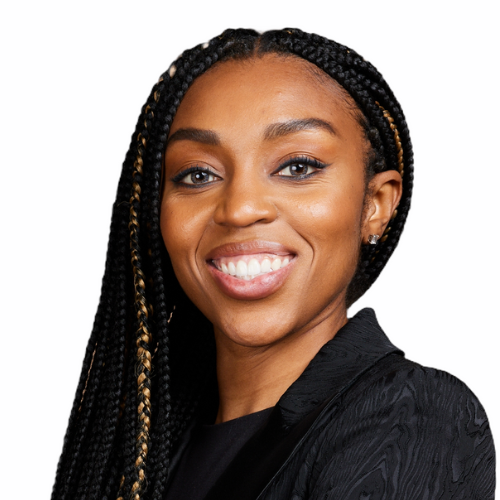 Renee Montgomery is a General Partner at Valor Ventures. Montgomery believes providing a platform through Valor helps generate wealth for underrepresented communities that will continue to shape a diverse and inclusive world. With Valor, Montgomery hopes to use her global media reach to advance entrepreneurship, visibility, and advocacy for creating net new wealth, especially in communities of color and for women, who today receive <2% of venture capital investment.

Only the top 2% of athletes make it into professional sports--and of those, even fewer go on to set records. Montgomery's leadership as a captain in the WNBA led her team to win multiple national championships in her 11-year basketball career. In 2020, Montgomery chose to opt-out of the WNBA to focus her efforts on social reform. In 2021, she joined Valor. Renee's investing experience prior to Valor included managing her own active angel portfolio and investments in tech and startup companies such as BUZZER, Round 21, The Fan Controlled Football League, Market Pryce, and SMRT Mouth.

Montgomery's championship of diversity and inclusion, combined with her competitive record setting, have earned her features in Forbes, FORTUNE, and called out among the TIME 100 Next. Montgomery is currently an ESPN/NBA TV contributor and hosts 2 national podcasts. Montgomery serves as Vice President and member of the WNBA Atlanta Dream ownership group. Montgomery is the first player to buy her team, a story that played out on a national stage and speaks to Montgomery's unique problem-solving abilities, commitment to investing in women's leadership and championship of inclusion in action. 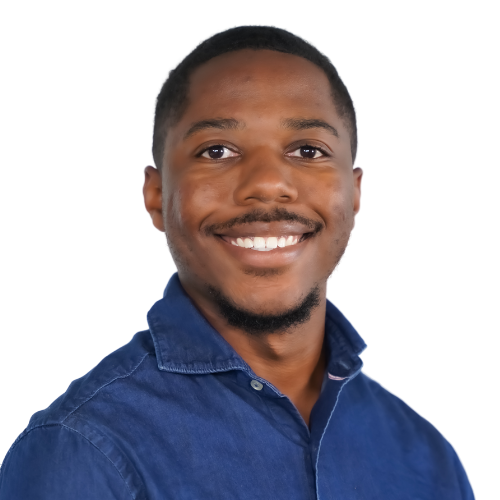 Wiliam got his first taste of the startup ecosystem working for his friend's startup at the Mercer Innovation Center (MIC). The MIC provides aspiring entrepreneurs the programs, networking opportunities, physical space, tools, experts, student interns, and access to potential funders that can help take an idea from conception to market. Going forward, William is hopeful to pay it forward as a mentor at the MIC and is excited to help cultivate future entrepreneurs emerging from the southeast US.

In his free time, William enjoys community service, options trading, golfing, cooking, and reading autobiographies; along with his best friends, he mentors underserved youth in Metro Atlanta. His [current] favorite shows on Netflix are Ozark & Lupin. 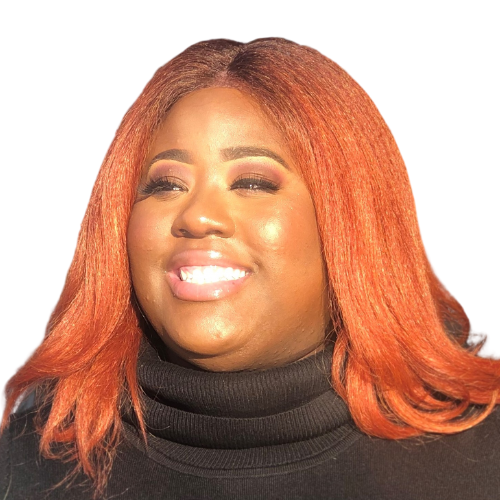 Tiffany's high-level organizational and administrative experience stretches the project management spectrum: Customer relationship management (CRM); market research; event coordination; webinar setups; grant proposal design; fundraising; and video editing, to name but a few. Enthusiastic, committed, flexible, and efficient, Tiffany's learning curves are short, and she is always excited to branch out for new challenges. Tiffany's range of interests extends to her work – bring on any project, and Tiffany is readily hands-on in both knowledge and execution. Detail-oriented, Tiffany welcomes all levels of a task, in any type of task. Enhanced by her BS in Computer Science, Tiffany brings extensive technological savvy and people-skilled broad-mindedness to every professional role. She has excelled in a wide array of functions – from sales, billing, meeting planning, scheduling, training and documenting and maintaining office processes. Tiffany is a dynamic, resourceful, and energetic individual who is comfortable with being the go-to person for anything related to the seamless running of an office. There is never a task too small or too big for her. 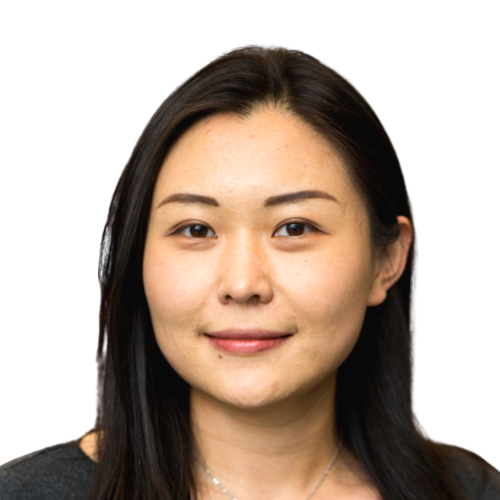 Jianan Sun, Ph.D, MBA is Mobility Product Manager at Mercedes-Benz USA. She honed her engineering skills at Clemson University with her doctorate in engineering technology. 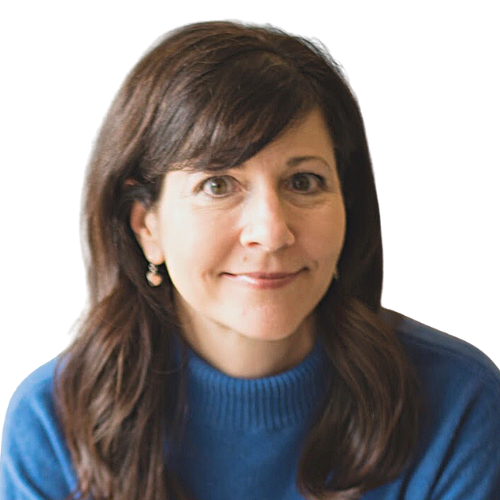