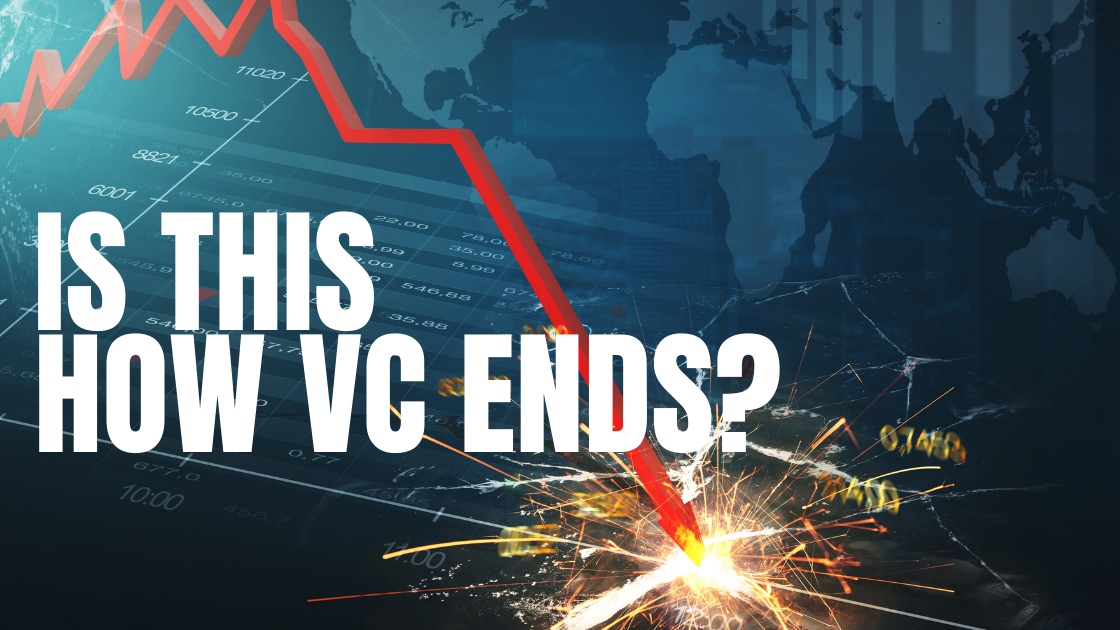 Did we come back from summer to the end of venture capital? It can seem that way from the headlines.  I’m going to review the current state of venture capital in an attempt to harmonize information about VC now. Valor’s portfolio currently employees just under 1,000 people and represents over half a billion in market cap. Through the compound lens of the portfolio and our own experiences leading seed rounds and supporting our founders in their growth paths, we’ve definitely got a take.

First, let’s start with current reality in venture capital. If there are two funds that made their fame by a heavy hand on the scales of valuation, it’s Tiger Global and Softbank. Their bold strategies have taken a bigger than average blow, so they are perfect snapshots of the worst of what’s going on in the larger market. Tiger is down 50% YTD.  Softbank is down over 50%.  Quoting a recent Bloomberg article,

…five years of deploying $142 billion has now resulted in a record $15.4 billion loss for the company . . . much can also be attributed to SoftBank’s pressure on companies to make big, aggressive bets.

Cambridge analyzed the investments in VC in the last few years, and it turns out that corporate VC, hedge funds (Tiger’s core business) and banks invested more than traditional VC managers in the recent cycle,

US VC market indicators have been flashing “red” for a while. In 2021, fundraising and investing hit all-time highs and non-VCs out-invested VC managers.

So, is this a venture capital reset?

Yes. Let’s zoom out and look at what is causing the losses in some of the most celebrated strategies. It is in essence over valuation – and it’s a needed and expected correction. This correction does not land equally across the VC landscape.

Venture capital is a spectrum, from the seed investor that leads the first round and sets the first valuation, like Valor, to megafunds like a16z, Softbank, Tiger Global, Lightspeed, and Battery (all raised recent funds over $1B, like A16Z’s recent $2.2B crypto fund).

In the last cycle, there was a brief time when “bigger was better.” Megafunds were raised and deployed in record speed, trying to be first to the top. Now, that cycle is over, tripped by inflation.  Today, seed investing is best positioned to be an outsize winner. Overall, seed stage venture capital  historically has seen the best returns of any of the sectors of VC. 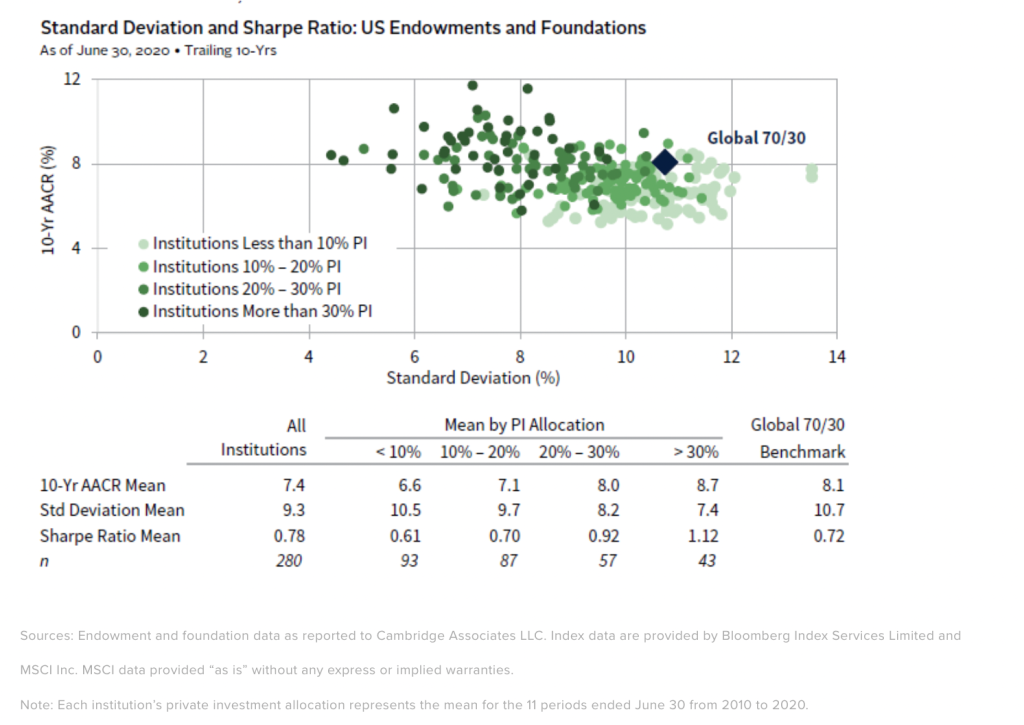 The author puts it simply,

Institutions with higher PI allocations experienced higher returns historically. And, those returns tended to be less volatile, which can be helpful for those investors that need added stability for spending purposes.

Should you allocate to venture capital now?

Now, thanks to the 2022 VC correction, an investor looking at venture capital has to make some decisions about what kind of investor they are. Are you one that tries to time the market, perhaps pulling back when things get choppy? Are you one that believes in the underlying tech stack asset class, and so will use this correction to further sharpen your VC thesis? It’s one of those iconic Warren Buffett “Be Fearful When Others Are Greedy and Greedy When Others Are Fearful” moments for VC. In other words, like many scary situations, it’s an opportunity.

What matters to you making rewarding venture capital or startup investments now is your core belief on the value of technology.

The expansion of technology is what fundamentally fuels the venture wealth creation process. Last year, the Forbes 400, which reports on new wealth, a little more than half of the net new wealth made last year was linked to exits from tech startups, for example. But if tech were at a standstill, just to be clear, then like real estate and other asset classes that  historically return less than venture does over time, venture’s return would also revert to the mean growth rate of the fundamental, underlying asset.

So the wise investor is asking, is tech at a standstill or even declining?

Valor believes technology is continuing not just to eat the world, as Andreessen quipped, but now to make the world. Consider…

Each of these arenas–hybrid work, AR, brain-computer interfaces–are net new horizontal global economies. If we know each other well, then you know I can go on and on about this.  These examples are just the tip of the iceberg, and computing is still getting cheaper . . .  But rather than go too far off topic, I’ll take a breath and leave the bright future we’re building, and move on into a snapshot of the economics shaping the future of VC investments made now.

[Side comment–One of the greatest things about venture, after returns, is the opportunity to shape the world by the strategies you pick. Now is a tremendous time to reset your sails around the future you want to be a part of, by picking venture strategies that support your returns ambitions and your values. If you look at the reputations of the few VC firms most under scrutiny now for losses, there’s a theme connecting all of their reputations. Do values matter over the long run? I think so. Venture is still a small industry. You can find a VC that builds your vision of a better world one investment at a time.]

Regardless of large new economies created and driven by software, if capital markets were to fail to fundamentally support investment in young technology companies, then even the best science couldn’t save venture returns. In short, in a dark age, if capital dried up, so would innovation. So let’s look at the capital markets in more detail. There are three drivers for returning capital to venture capital investors–let’s take a health check.

One of the ways all early stage investors  make money is selling promising tech companies to corporates. According to Software Equity Groups’ Q2 2022 analysis, deal volume for M&A in SaaS is holding its own.

“The second quarter of 2022 was exceptionally strong, with 580 SaaS M&A deals — the second-highest transaction count on record, trailing only 1Q22.” 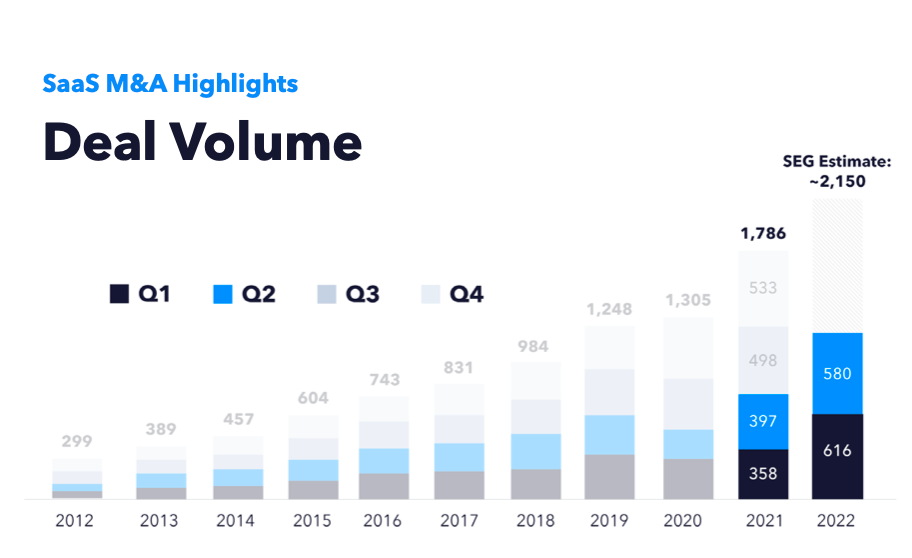 VC has more capital available to seed stage firms than ever.  (Source) Venture capital fundraising has been blisteringly successful every year so far, including this year. 2022 new monies raised is already almost to 2021 levels, and that was a historic high for new capital ploughing into venture. 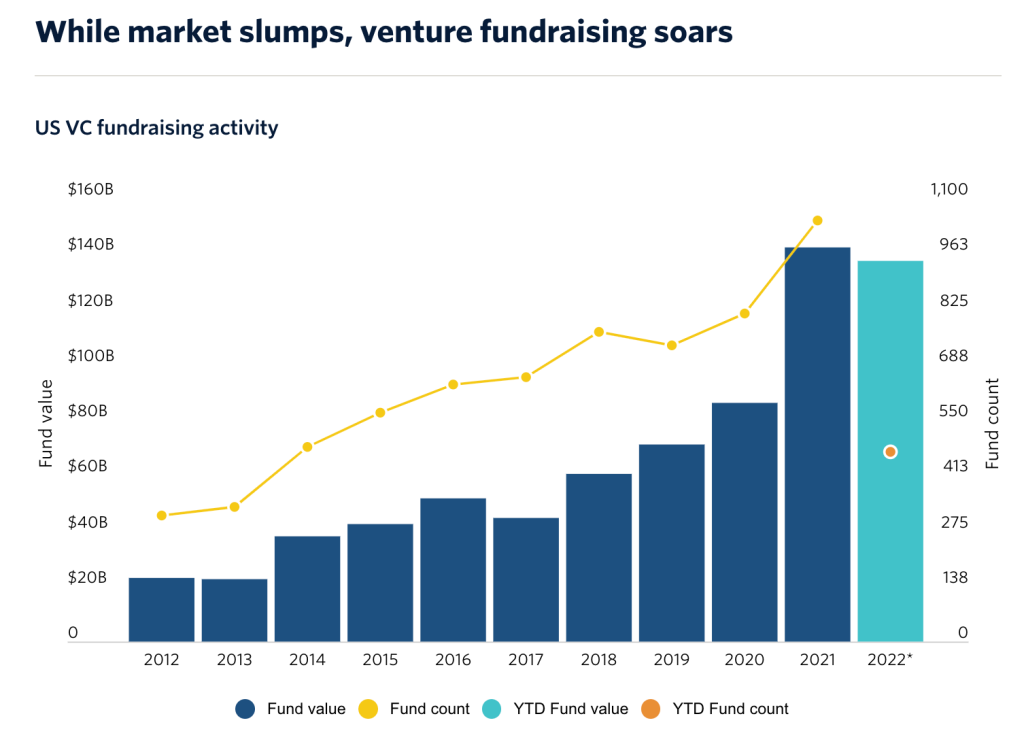 Fueled by robust fundraising, there’s plenty of next round capital available to fast-growing startups at early stage. In fact, there is more capital than ever. 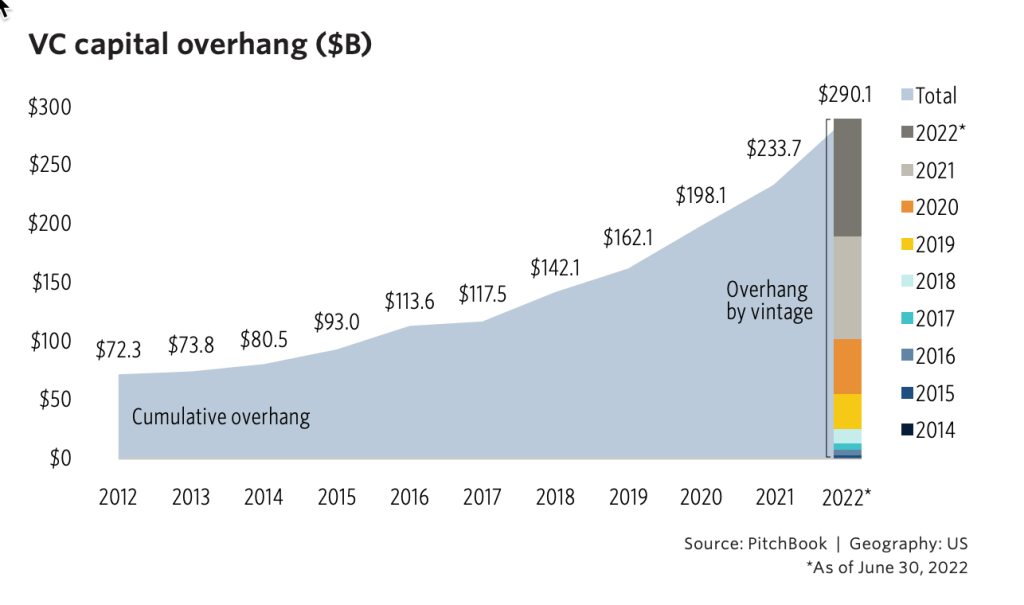 Private equity is another type of next-round capital. Private equity, which in short is where good VC-backed companies go for scale when they are not growing triple digits, has a record $3.6B of capital “good to go” right now.

Bottomline:  companies who raised at enormous valuations in the last few years and aren’t growing fast will struggle to produce returns over losses. A number of these companies will be face failures, wasting billions of investor capital, mostly exposed via mega funds that played at the unicorn-and-up level. A few VC brands will shut their doors, or return to their core businesses, which were not in VC. The best of the people at these firms will start their own firms, or join others. In short, there will be a productive turning of the fields that will make the industry better and talent will continue to rise to the top.

In the middle of the venture capital spectrum, growth stage, there’s still going to be pain, as many firms also raised capital at eye-popping valuations it will take time to grow into. But there’s a playbook for that–trimming operating costs, doubling down on signal customers, focusing on lean execution. There’s private equity at the ready. There’s value to harvest.

In the earliest stages of venture capital, the firms that focus on seed primarily, like Valor, the dealflow is tremendous. The visibility into deal flow is better than ever. Seed is a mature stage that has grown into a playbook better understood by institutional VCs and is the most exciting place to invest right now. The horizons of frontier tech are outstanding–there are multiple new frontier economies playing into each other in complex ways, as software not only eats the world (like in manufacturing, or legacy industries in general) but also makes the world and creates new frontiers in healthcare, hybrid work, augmented reality and space.  The follow-on capital for growing companies in tech has never been better. Thus, good and great companies found at seed, growing well, and priced fairly have better-than-average chances at great returns. What do you think?

By the way, what do Tiger and a16z think? Analysis of their Q2 2022 investment pattern by Sunny Zhang, Ph.D shows, “Tiger Global is the top investor in Q2’22 and ramped up its seed/Series A activity to almost 50% of total deals, compared with q2’21 at only 8%. In the meanwhile, a16z also upped its early-stage dealmaking to a whopping 68%, primarily in the blockchain space.”

In other words, seed has the lead.