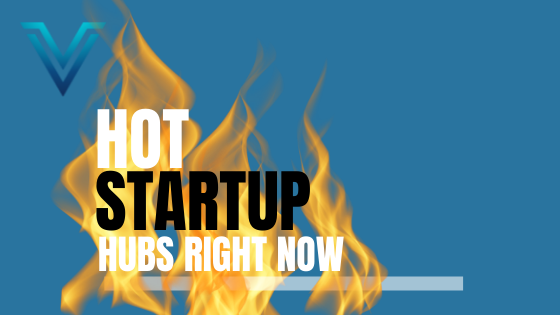 The Next Hot Startup Hub By The Numbers

What’s next for the South?

The South is the ultimate region for venture capital now and in the near future. Valor is building on a vision for wealth building that no one else is talking about. Let’s break it down by the  numbers. Why?

Historically, this region has been significantly underserved in venture capital, and that’s something Valor is focused on changing. We know you’ve heard there are lots of new funds, and that’s true–but that’s been true. This region has had a number of upstart funds, but few that go the distance. Let’s take a historic look.

We pulled the numbers from Pitchbook’s latest Venture Monitor and looked back for over a decade. The South region shows VC funding in the region is flat. VC deal activity in the region is flat, too. The South region has accounted for just about 19% of total VC deal activity since 2010—a statistic Valor can’t wait to change. While you can read about the region’s many successes, the fact is, nothing has changed the game yet to the level the region deserves. 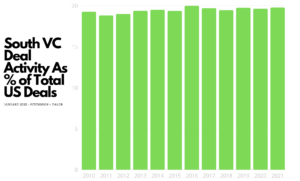 Looking at Pitchbook 2021 data, while deal activity stayed flat, venture dollars in the region over the last 11 years remained relatively stagnant as well, hovering between 10-16% of overall capital in the US. Since 2019, that percentage has fallen from 11.27% to 10.40% for 2021. 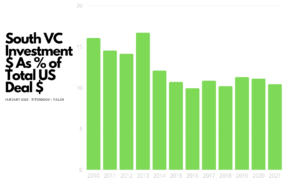 The South has 80 venture capital firms serving the deal flow– one seed firm per 11.5 million inhabitants.

The demand for inclusive, seed stage capital in the South is more prevalent than ever and positioned perfectly to change the status quo are funds like Valor that have crafted a vision to invest at the early stage in the most diverse, most populous, and most rapidly growing US region, not only relative to population but also to tech footprint. Spurring even more regional momentum is migration of new-wave tech leaders like Tesla, Apple, Microsoft, Airbnb, Rivian, and others  opting to lay down Southern roots. With these companies establishing a robust regional presence, it opens the door to a plethora of value add partnership opportunities to foster local startup ecosystems. Don’t even get me started about the momentum added to the ecosystem by the new Georgia Tech innovation campus, the Propel Center, RCIE–you could go on and on. It’s go time.

Valor is excited to seize the opportunity to fill funding gaps and be at the forefront of shifting the venture capital paradigm for startups in the South.